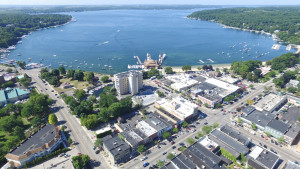 BIRTH OF A VISION

In May of 2003 six couples from the Lake Geneva area began to discuss the possibility of planting a new church.
They had been studying the Bible together for eight years and felt a growing burden to share the Word of God with others.
So they began to pray and to seek God’s will for the organization and establishment of a traditional Bible church.  The sole purpose of the church would be to glorify the Lord Jesus Christ through the clear and consistent preaching and teaching of the Bible.

After months of diligent prayer, God’s leading was made clear and the groundwork was laid in October of 2003.  In December the church was granted incorporation by the State of Wisconsin and the search for a pastor began. Lighthouse Bible Church held its first Sunday morning service on March 7, 2004.